Things to know before moving from NJ to PA

Things to know before moving from NJ to PA

Moving from NJ to PA is a decision many people have made during the past several years. It is probably not too difficult to imagine yourself crossing Delaware River and settling there. You will still be within commuting distance from New Jersey if you wish to keep your old job. Whether your decision to move is based on Pennsylvania’s affordability compared to New Jersey, its well-known fairy tale scenery, or some other reason, there are a few things you should know before relocating. Maybe you already know a thing or two about Pennsylvania. Or maybe you have just made a decision to move. Either way, there is some useful stuff you should know before moving across the river. 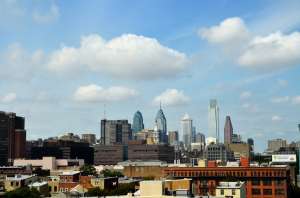 You’ll need to organize your move

Even though one might say you are not moving too far away, you still need to organize your move. If you need help with your relocation, it shouldn’t be too difficult to find affordable movers in NJ. Hiring a professional moving company will make your relocation much easier and simpler. There are a lot of things to think about during moving days. In order for everything to go smoothly, you need to start preparing in time. Start making lists and setting dates. It’s never too early to start organizing everything since you are about to move to a whole other state. Well, actually, this is one of the first things to know before moving from NJ to PA:

Pennsylvania is not a state

First thing’s first. PA is not a state at all. It really isn’t. It is a commonwealth. Nevertheless, don’t let this information confuse you. You are still moving from the state of New Jersey to another one. There is no actual difference between the functioning of a state and a commonwealth. This denotation is only there to mark that every citizen has common welfare. Pennsylvania has 59 cities, the most prominent ones being Philadelphia and Pittsburgh. You’ll probably try to tell the difference between a borough and a county or a city and a township. None of this will likely affect your life in PA, and it will not affect your moving costs, but you might want to have all the information as a new resident of the commonwealth.

You will get a four-seasons experience

The climate here in Pennsylvania is humid and continental. This means there are distinct four seasons to experience if you live in the Keystone State. If you enjoy going from hot and stuffy summers into colorful, picturesque autumn, then PA is going to be a wonderful experience for you. The enjoyable fall weather will slide right into a snowy winter wonderland. This will not come as a significant change after moving from NJ to PA, as New Jersey also has plenty of snow during winter. However, be prepared. The western part of PA especially encounters a lot of snowfall during winter. And be careful, there might be tornado warnings from late spring until early autumn. 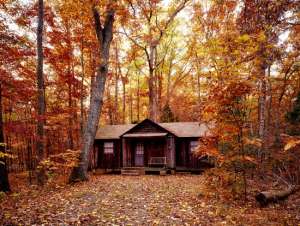 Pennsylvania is packed with historical landmarks and attractions

PA is, as you probably already know, known as the Keystone State. This nickname derives from its role in the foundation of the United States of America. Declaration of Independence and U.S. Constitution were both written in Pennsylvania. So, after moving from NJ to PA, you’ll be able to visit all the historical landmarks and attractions. Whether you plan on moving to Philadelphia, Pittsburg or any of the lesser known cities or towns of PA, all the important landmarks will be relatively close for you to visit regularly. After your relocation, give yourself some time to get used to the PA lifestyle. Use this time to sightsee and go to the most famous attractions of your new home state. You might want to visit these places first: 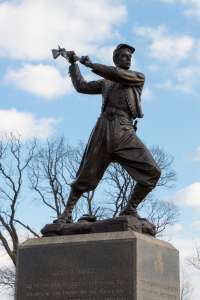 Gettysburg National Military Park is a famous attraction of PA

Moving from NJ to PA means getting used to potholes

Potholes are a big issue in Pennsylvania. The commonwealth is packed with this nuisance. Going from cold winters into warm springs usually brings a great number of potholes around, so don’t be surprised if you bump into them from time to time. Just be sure to drive carefully so you could be able to go around and avoid them. They can cause serious damage to your vehicle and sometimes even cause severe car accidents. So be aware of this issue before moving to PA.  Hopefully, this problem will not affect you significantly after you move.

Moving from one state to another can affect your daily, monthly and yearly expenses significantly. For better or for worse. You are likely aware that New Jersey is one of the least tax-friendly states of the USA. It is a state with one of the highest income tax for the year 2018. On the other hand, residents of Pennsylvania pay local earned income tax and local services tax their municipalities. So try to figure out how much you relocation could cost annually. Also, try to calculate your moving costs. It might not seem like it makes much of a difference, but everything counts.

Finally, after learning some facts about moving from NJ to PA, you can start getting ready for your relocation. Of course, there are many other facts about Pennsylvania to know, but you will learn those during your moving days and many other days afterward. If you feel sorry for leaving New Jersey, you do not need to be. The Keystone State is a wonderful place to settle in. After all, you are staying within the commute distance from New Jersey, so you might even consider keeping your old job. Make all the necessary preparations and begin moving. It might be the best decision of your life.