If you’re considering moving to Summit, NJ, you’re in for a treat. This charming city is located in the heart of New Jersey and is known for its excellent schools, beautiful parks, and thriving business community.

Whether you’re looking for a quiet suburban oasis or a lively city atmosphere, Summit has something to offer everyone.

In this guide, we’ll provide you with all the information you need to make the move to Summit as smooth as possible.

Here are the topics we’ll go over in this article:

Summit was incorporated as a city on April 11, 1899, from portions of New Providence Township (now Berkeley Heights) and Springfield Township (now Millburn).

How did Summit NJ get its name?

The city was named after the Summit House, which was built in 1769 by Dr. John Ferris, an American Revolution patriot.

The city has been popular with traders,  bankers, and other professionals who commute to New York City since the 1800s.

Is Summit NJ a suburb?

Summit is a suburb of New York City, located about 30 miles from Midtown Manhattan.

What is Summit NJ famous for?

Some of Summit’s most notable landmarks include the Grand Summit Hotel, the Wallace House, and the Stirling Hotel.

The Grand Summit Hotel is a historic hotel that was built in 1880. The hotel has been featured in several films, including The Other Guys and Wall Street.

The Wallace House is a historic house that was  built in 1747. The house was used as a hospital during the American Revolution and is now open to the public as a museum.

The Stirling Hotel is a historic hotel that was built in 1868. The hotel is known for its Gothic architecture and has been featured in several films, including The Amityville Horror and Friday the  13th.

How Diverse is Summit NJ?

Summit is relatively diverse, with a population that is 71% White, 11% Hispanic or Latino, and 8.0% Asian, according to Niche.

Also, 6% of the population self-declares African American and 3% identifies as being from two or more races. 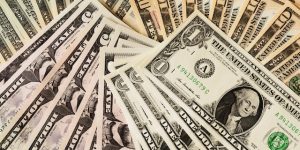 The cost of living in Summit is higher than the national average, but it is still affordable compared to other cities in New Jersey.

The median home price in Summit is $ 1,130,694, considering the middle price tier of homes in the area. Prices have been increasing at a 10% rate over the past years, according to Zillow.

The average household income of Summit residents is $ 142,145, which is significantly higher than the national average of $ 67,521, according to the latest U.S. Census.

There are many high-paying jobs available in Summit, especially in the financial and healthcare industries.

Is Summit a Safe city?

Summit is a very safe city, with a crime rate that is significantly lower than the national average.

According to the latest FBI Crime Report, Summit has a violent crime rate of 0.22 per 1000 residents, meaning the chances of becoming a victim of a violent crime is 1 in 4,544 in the city.

There are many great schools in Summit, both public and private.

According to Niche, Summit Public School District has an A+ Grade, which means it has great academics, teachers, clubs & activities as well as it values diversity.

Some of the top public schools in Summit include Jefferson Elementary School, Franklin Middle School, and Summit High School.

There are also several highly rated private schools in Summit, such as The Pingry School, Oak Knoll School of the Holy  Child, and Kent Place School.

The Pingry School is a private school that was founded in 1861. The school has an excellent academic reputation and is one of the most selective schools in the state of New Jersey.

Oak Knoll School of the Holy Child is a private Catholic school that was founded in 1904. The school has a strong academic reputation and is known for its rigorous curriculum.

Kent Place School is a private all-girls school that was founded in 1894. The school has an excellent academic reputation and offers a wide range of extracurricular activities. 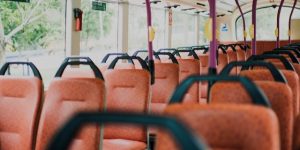 Summit is served by NJ Transit and the Summit Area Public Transport (SAPT).

NJ Transit provides bus service to and from Newark, New York, and other cities in New Jersey.

There is also a train station in Summit that is served by NJ Transit and Amtrak .

The Summit Train Station is located on the Morristown Branch of the NJ Transit rail line.

The station provides service to Newark, New York, and other cities in New Jersey.

Is there a direct train from Summit to NYC?

Yes, there is a direct train from Summit to NYC (Penn Station).

Things To Do In Summit NJ

There are many things to do in Summit, NJ.

The city is home to a variety of shops, restaurants, and parks.

Here are our favorites:

The Reeves-Reed Arboretum is a great place to explore nature and learn about the history of Summit.

The arboretum has a variety of gardens, including a Japanese garden, an herb garden, and a rose garden.

There are also several hiking trails that wind through the property.

The Woodhouse Spa is the perfect place to relax and rejuvenate.

The spa offers a variety of services, including massages, facials, and body treatments.

After your treatment, you can relax in the sauna or take a dip in the pool.

The Summit Diner is a local favorite.

The diner is open 24 hours a day and serves classic American dishes.

It was built in the 1930s, and it is known for its nostalgic and relaxed setting.

If you’re looking for a late-night snack, the Summit Diner is the perfect place to go.

The store offers a wide selection of items, designed and imported from Nepal, India, Thailand, Indonesia, and Africa.

Should I move to Summit NJ?

Summit is a great place to live, work, and raise a family.

The city has a strong economy, excellent schools, and a safe environment.

So the answer to that question really depends on the style of life you’re looking right now, and what are your goals when making that decision.

Planning Your Move to Summit NJ? Cont On Us! 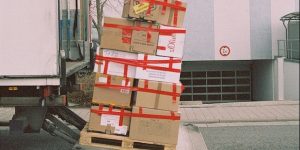 Now that you know a bit more about moving to Summit, NJ, it’s time to start planning your move.

If you’re looking for a moving company to help with your relocation, look no further. Count on us!

We are a BlueBell Relocation Services: a full-service moving company that can handle all aspects of your move, from packing and shipping to storage and moving insurance.

We have a team of experienced professionals who are ready to help make your move as smooth and stress-free as possible.

Contact us today for a free moving quote! We look forward to helping you make your move to Summit, NJ!

About Bluebell Relocation Services: Based in New Jersey, BlueBell Relocation Services has over 17 years of experience in relocations. We are ready to help you from packing to carrying your personal belongings. To speak to one of our Certified Moving Consultants or to schedule an on-site estimate, learn how to contact us here.

About the Author: Jean Correa